Today, we said goodbye.  We said goodbye to something that put smiles on our faces, something that gave us a bit of joy each time we looked upon it.  Today, we said goodbye to our Christmas tree, or as Zeke puts it, our "Mismas tree!"  The decorations are stored away, the aroma of a wonderful season is gone. Tonight we finish 2011 with a wiping of the slate.  Tomorrow, we start anew. What does 2012 hold in store?  Only the Lord knows.  As the new year begins, I am looking back at what took place in 2011.  We had a year of hurting and healing, as well as busyness and blessings abundant.  I think one of the best things of the year had to be the addition of Selah Joy Houston!!!  Our sweet baby girl is a promise of great things for the future, and a wonderful reminder that we are to pause & reflect and rest in the joy of the Lord which is our strength!  As we say our "goodbyes" to the things of the past year, we also look forward to a year ahead.  We say "hello" to a new day......  Happy New Year to all!!!!!
2 comments:


Ok, so I'm a bit late in getting this post up!  Sorry!!  Everyone's busy, so I know I have no excuse! =)  We had a great time going to get our Christmas tree this year.  Since moving in to our house 7 years ago, we have made it a tradition to go to Bacon's Tree Farm just down the road to pick out our tree.  It is great fun as we walk around viewing all the different types of evergreens.  Once that "perfect" tree is chosen, the boys then cut it down and carry it out.  We then celebrate with hot cocoa and candy canes that they give out.  This year, we went with good friends and had a blast!!!!  Memories being made............

This weekend, my four oldest children had a speech competition.  They are in a speech club for Christian homeschool students.  There are several different speech styles they were allowed to choose from.  Naomi did a biographical narrative about William Wilberforce, Anna and Samuel did a duo interp on a Grim's fairytale (memorized story they also "act out" with motions and facial expressions), and Daniel did an interp on Billy Goat's Gruff.  They each worked really hard to have their speeches memorized and ready to go for this round robin event.  Many from the community came to judge the speeches.  Competitors came from all around~  Washington, Oregon, and Idaho.  The next competition is in January, only it will be 4 days long and will be held in Oregon.

My husband volunteered to be used in any area needed, so they had him be janitor for the day.  He also judged a round of apologetics speeches.  He chose to not judge any others as he wanted to slip in and hear our children do their speeches.  I know Naomi, Anna, Samuel, and Daniel were a bundle of nerves, but they had a great time.  Much relief and exhaustion showed as they came home nearly 12 hours after leaving.

This club has proven to be a good learning experience.  They are showing more confidence and poise as they prepare and deliver these speeches. I am so thankful we have encouraged our children to join this group!!

A special THANK YOU goes to Bro. Nick Vegkley, Bro. Jeff Bedsole, and Bro. Mark Howe who took time from their day to come and participate in judging!!!!!
2 comments: 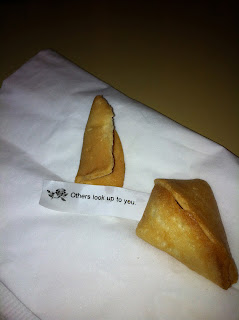 I hope you all had a great Thanksgiving as we did!  Usually, we have loads of people...inviting all who have no place to go or no family to be with.  This year, we invited one family who ended up having sickness plague them.  So...we had just 13 people around our table.  A very quiet time with just our family. It was so nice to sit around our table and have a lovely meal.  We shared what we were thankful for, and Daddy read the Bible.  We enjoyed the time together with soft music playing in the background.  It was a beautiful day.

And now, it is the official Christmas season!  I can hardly believe it! I love the holidays!! 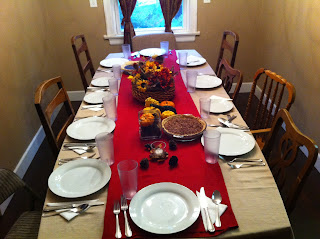 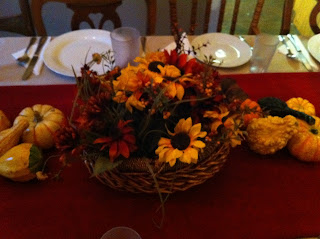 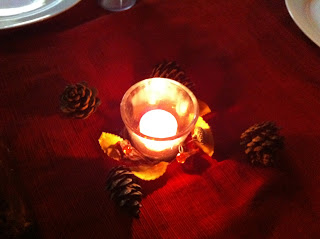 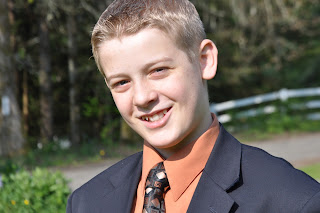 Oh goodness!  My baby boy is 14!  He is turning into quite a handsome and very strong young man.  He is a very loving son and a very sweet brother!  The little ones look up to him as he strives to be a good example.  He loves the Lord, and enjoys serving in the church as an usher and in the choir.  He has a great goal of becoming an eagle scout in the boy scouts of America, for which he is very close.  He shows great leadership abilities and is enjoying the 8th grade.  All I can say is.... I love having teenagers!!!!!  Our relationship is so different than when they were little children.  I am still the mom and they the kids, but now there is a friendship that is developing.

His birthday is on Sunday, November 20, so he will get to celebrate on Monday.  He wants biscuits and gravy for breakfast, and he hasn't decided where he wants to go on his date yet.  Here are a few photos, in no particular order because blog spot doesn't seem to want to cooperate! =)

Abigail turned four on November 13!  Wow!  Is it really this late in the year?!  I only have one more birthday for the year!  Crazy!!

Abby's birthday landed on Sunday so her "day" got to be two days.  She loves cold cereal, which is normally only eaten on Sundays or days when we have places to be early, so I got some "special" cold cereal for the morning.  She enjoyed her fruit loops very much!  For lunch, we went to Puerta Vallarta- one of our family favorites.  She got her fried ice cream and a sombrero on her head while the crew sang to her... and she didn't even cry this time!  (last year she did cry)  On Monday, we had our date to Blu Berry (per her request).  She liked going with Daddy and Mommy.  We also went to Starbucks and got her a hot cocoa....because she hadn't had enough sugar ;-)!!  She received a new baby that she has named, what else, Selah Joy!  All in all, I think she had a very happy birthday!  And now, she is four...... no more "baby" 2 & 3s class on Wednesday nights, she will be in the "big" kid class with Lydia!!

Sigh....why must my babies grow up so fast?  It is a blessing to watch them grow, though I wish I could hold on to them a little longer.  =)  I am thankful for each of my children and the special time I've gotten to take with them on their special day!
3 comments:

Catching Up, part one: Michael Turns 10!! 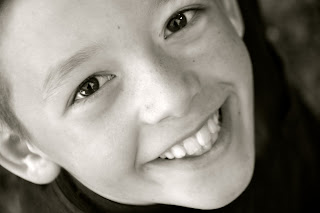 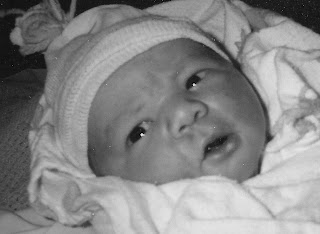 Life has been a bit busy lately with school and sickness, so I have some catching up to do!  Michael turned the big double digit 10 on the 7th.  For his birthday, he requested Olive Garden for his lunch date with Dad and Mom.  After lunch, we took him to a store where he got to pick out his gift.  He enjoys Playmobil and so we let him choose the set he wanted.  After getting his gift, we took him to our newest favorite spot, Blu Berry.  He enjoyed his frozen yogurt with candy toppings. 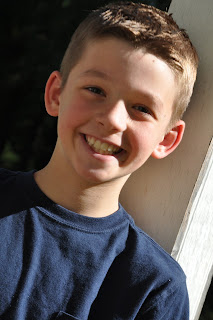 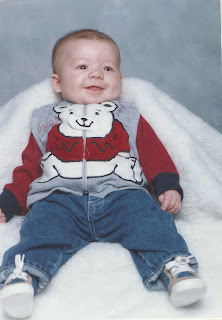 Wow!  Am I really old enough to have a 17 year old?!!!  I must be because Naomi is actually and officially 17 today!  It truly is a special memory~ my first born being handed to me by my sweet husband as he tells me, "It's a girl!" with tears flowing from his eyes. 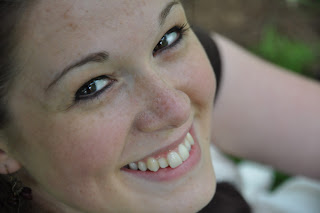 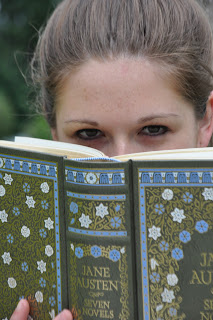 Naomi is a blessing, I am so thankful for her!  She is a gift from God!  Her name means, "Pleasant" and she is a very pleasant young woman.  Young woman...yes, I said it, she is a young WOMAN!!!  When did this happen?  Right before my very eyes...and yes, it makes me both sad and thrilled ~a weird mixture of emotion. It has blessed my soul to see who and what she is becoming!  She loves the Lord with her whole being.  She honors the Lord with her actions, attitudes, and words.  She loves others and shows it everyday.  She honors her father and her mother.  She is becoming a Proverbs 31 woman.  She is one of my very best friends.  I love to spend time with her!! 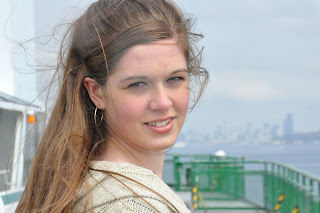 She asked for waffles for breakfast (Yummy! Thank You for choosing my favorite!)  They actually became brunch as it takes a very long time to make them for 19 people!!  For dinner, she will be going with her dad and mom to Fondi's pizzeria for a fun date!  So, yes, I AM old enough to have a 17 year old...barely!! ;-)

This past weekend, we went to some friends' home to a cider pressing, harvest party!  It was great fun.  The hot apple cider was so very yummy!  There were goodies galore and great fellowship!  My children had so much fun making apple cider and we got to bring home 2 gallons of pure goodness!  Thank you, Karmans for hosting this event!
3 comments:
Newer Posts Older Posts Home
Subscribe to: Posts (Atom) 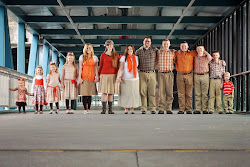